The  CERT  project  –  an overview

During their municipal election campaign in autumn 2005, the Viennese Greens – particularly Monika Vana (then non-executive city government member) and district councilor Gerhard Jordan – had the idea of inviting Greens from local groups in their neighbouring countries that had joined the European Union in 2004 (Czech Republic, Slovak Republic, Hungary, Slovenia) in order to watch the Viennese campaign, to learn from it and to share experiences.
Thus, the “1st Central European Round Table of Green Local Councilors” (CERT) was founded and, after very positive feedback, established as an annual event. The Austrian Green Foundation (Grüne Bildungswerkstatt) supported the project from the very beginning, the network “Green East-West Dialogue” (GEWD) took part from 2007 till 2011, and in 2014 the Greens/EFA Group in the European Parliament became involved much stronger than before.
From 2013 on, participants from most of the countries of former Yugoslavia took part in the CERT meetings.

Some TOPICS that were (and are) dealt with:

Visits to Viennese urban districts with strong Green local groups and even mayors (7th Neubau, since 2001;  8th Josefstadt, from 2005-2010;  18th Währing, since 2015, 2nd Leopoldstadt, since 2016) offered the possibility to learn about how to put green ideas into practice.

In November 2008, the Green Academy of Styria and the Greens of Graz (who just had gained a deputy mayoress after a very good result in the municipal election), organized a Round Table for Greens from ex-Yugoslav countries with participants from Bosnia-Herzegovina, Croatia, Serbia and Slovenia.

In autumn 2010, local elections took place all over Central Europe (Czech and Slovak Republic, Hungary, Slovenia, Poland, Vienna) and many new Green councilors were elected. Their number further increased in the following years.
Since 2013, a stronger focus is being set on the participation of Greens and affiliated parties from the West Balkan countries, and since 2014, when Monika Vana was elected into the European Parliament, on the use and effects of EU funding, on authoritarian tendencies in some CEE and other countries and on the refugee issue.
Several MEPs from CEE countries who joined the Green Group in the European Parliament took part as well.

In the 7th CERT – on November 25th/26th, 2011 – city councilors from Brno, Budapest and Warsaw, former city government members from Brno and Prague, a former mayor candidate from Sarajevo and district councilors from Budapest, Prague, Skopje and Zagreb met their Viennese colleagues to discuss about one year of Red-Green city government in Vienna and about Green successes in the 7th district Neubau that got a Green district mayor elected 10 years ago.

The guests informed about their activities, and also Green political foundations (like Heinrich Boell Foundation from Germany, the Green European Foundation, EcoPolis Foundation from Hungary and Grüne Bildungswerkstatt from Austria) presented their work.

The programme of the 8th CERT (October 5th-7th, 2012) can be found  here.
The book presentation was organized by Grüne Bildungswerkstatt Wien, the Viennese branch of  GBW Austria.

Some of the TOPICS that were dealt with:
Urban gardening (including an excursion to a community garden project), cross-border cooperation “from below” (“best practice”: contacts between the 19th districts of Budapest and Vienna), perspectives of  EU enlargement towards the West Balkans, Green local politics in Central and South-East Europe, experiences of the Austrian General Election campaign 2013.
A panel debate  “Social Europe – a broken promise?”  had been organized by GEF (Green European Foundation) and GBW (Grüne Bildungswerkstatt) on the first evening.  Participants came come from Hungary, the Czech Republic and most countries of former Yugoslavia (Croatia, Serbia, Bosnia-Herzegovina, Montenegro, Macedonia).

A “walk through history”:
Pictures from the CERT meetings since 2005 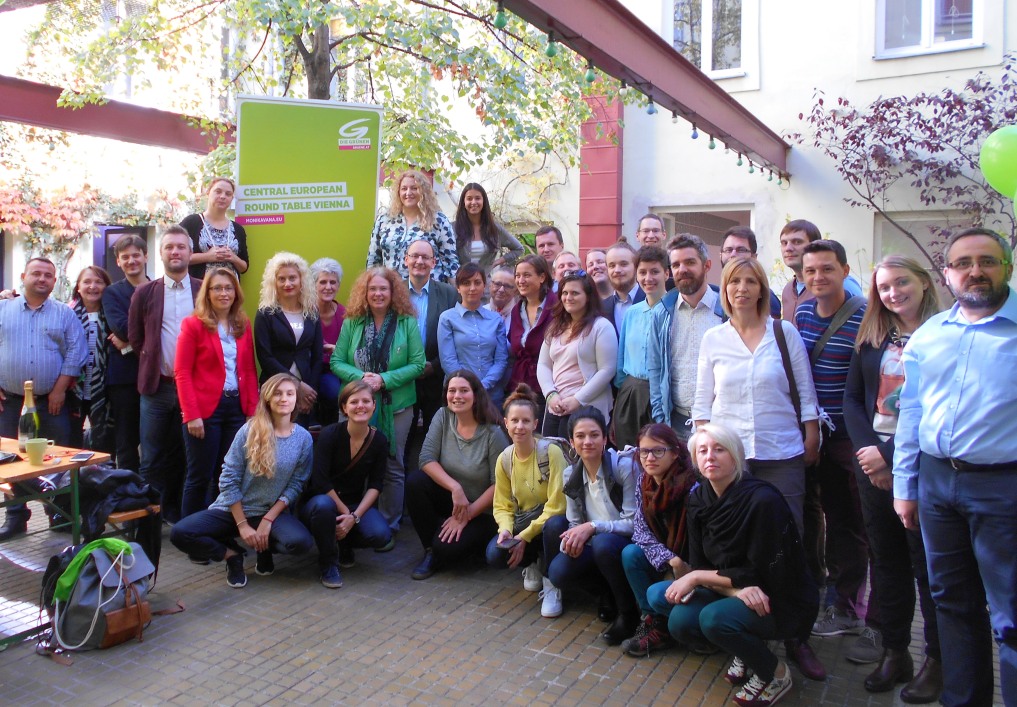 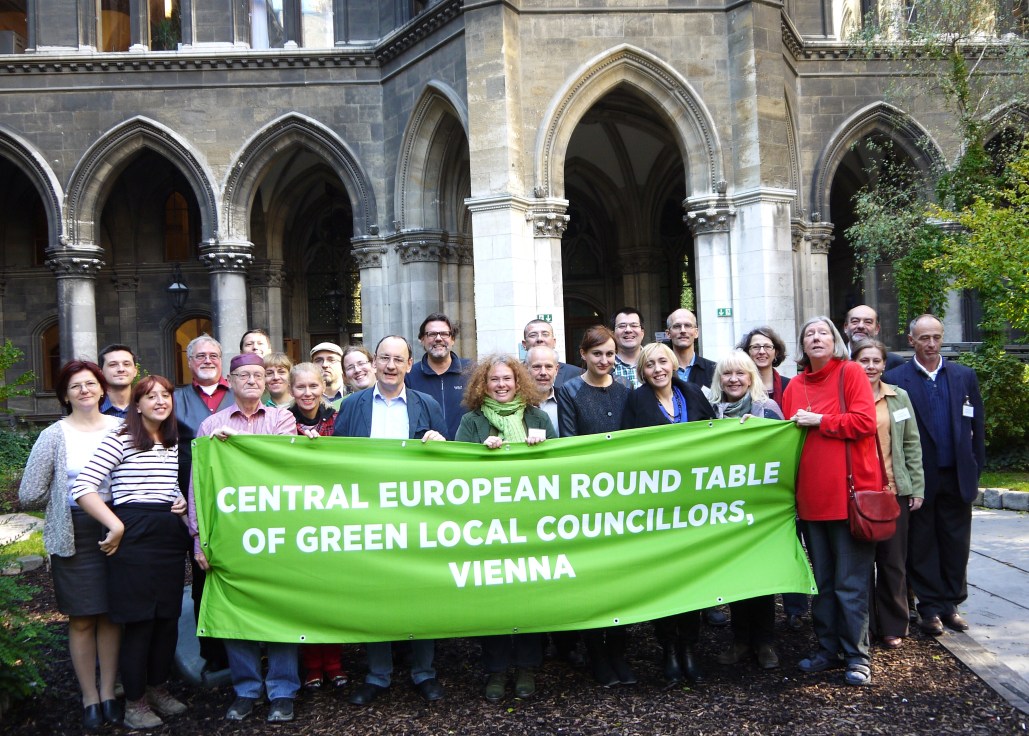 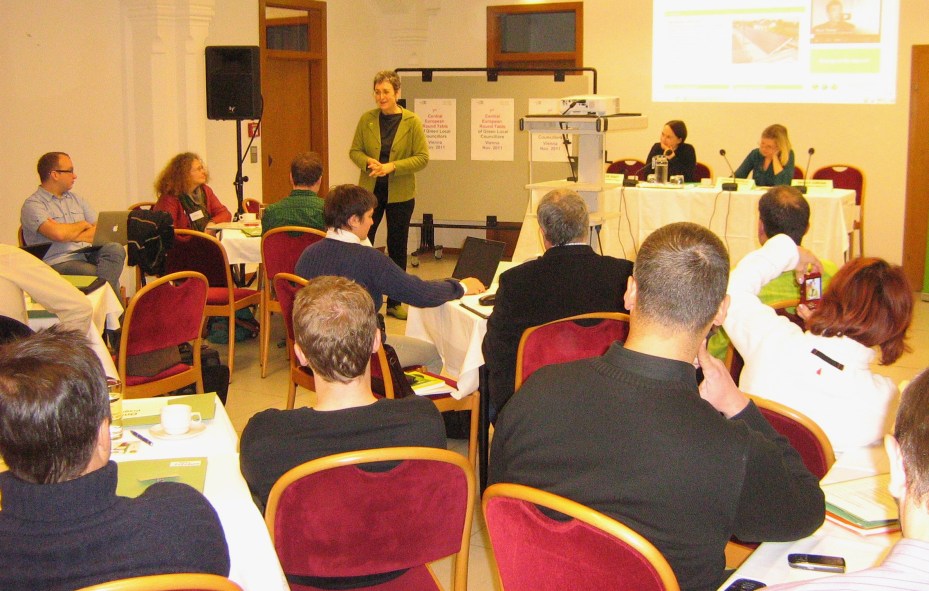 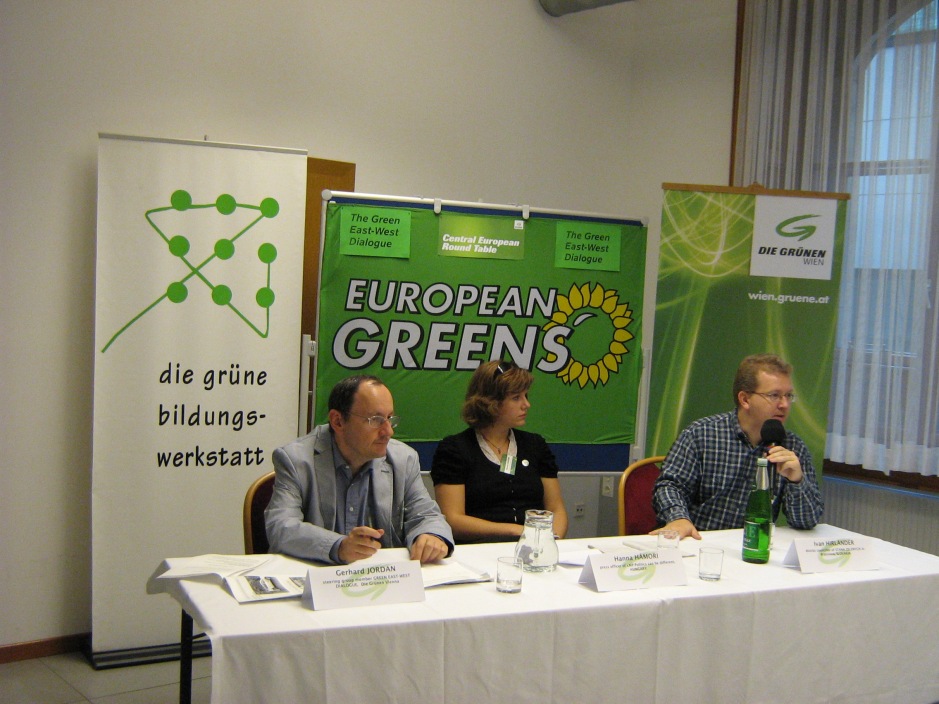 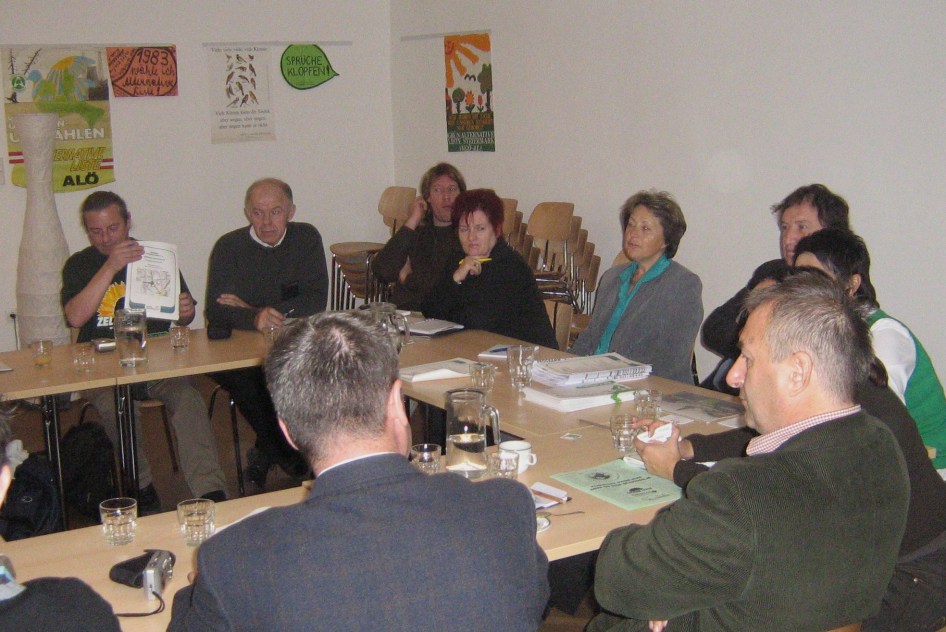 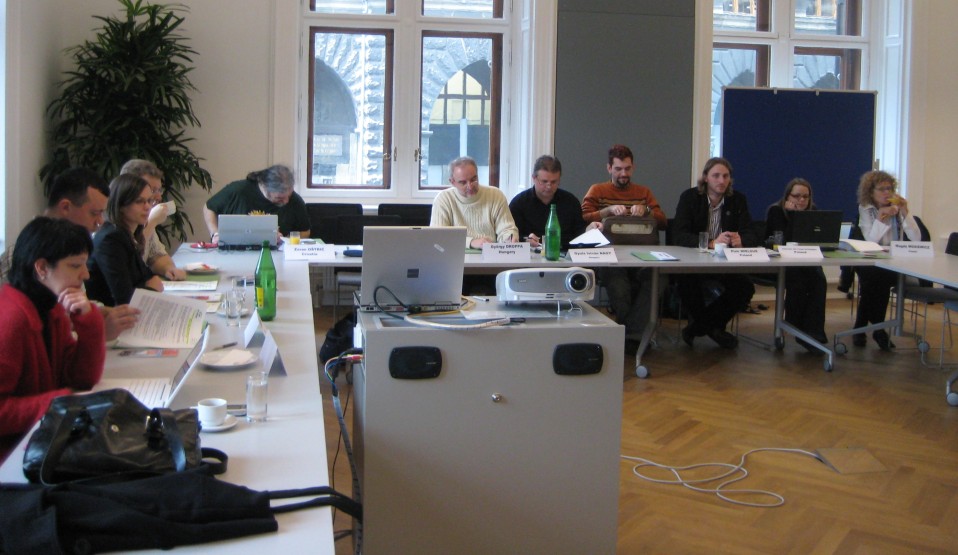 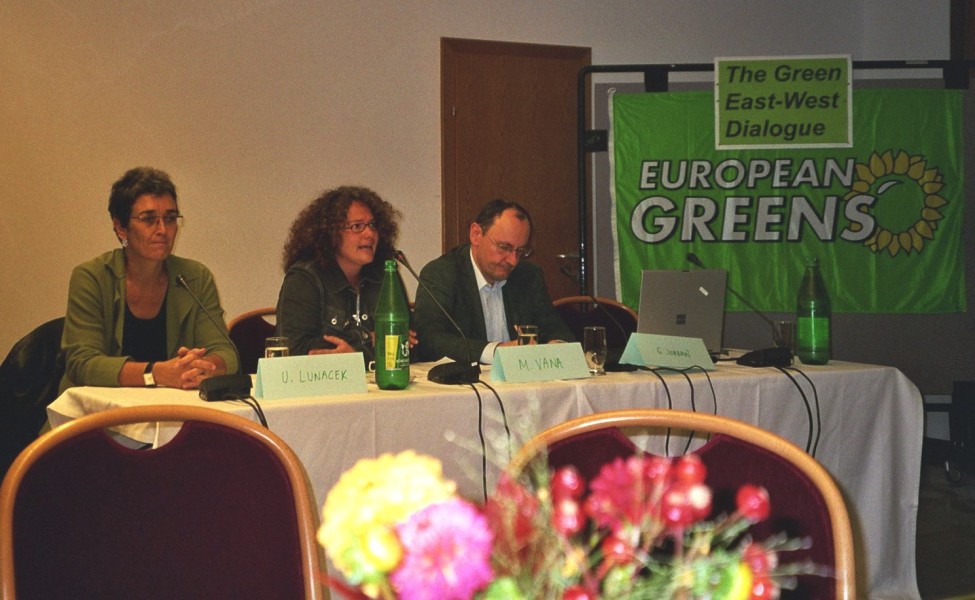 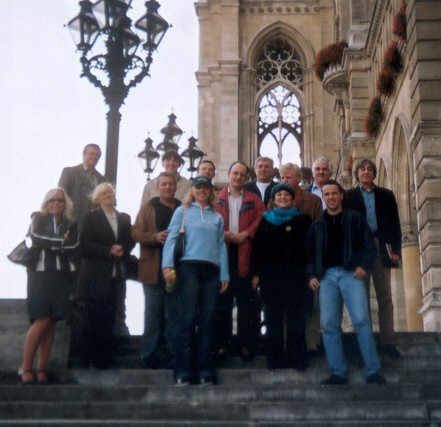